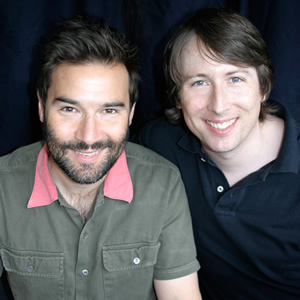 The nominations for the Sony Radio Academy Awards 2012, the highly coveted radio honours, have been announced today.

The 'Best Comedy' category shortlist in full is...

- Another Case of Milton Jones

Adam & Joe previously won the Sony Gold Award for comedy in 2010, with Mark Steel's In Town and Down The Line also nominated in that year. Last year the top comedy prize went to The Jason Byrne Show. 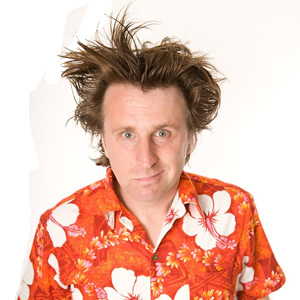 Meanwhile the appearance of Milton Jones' show in the shortlist is likely to embarrass Radio 4, as the station has reportedly decided not to commission another series. Chortle are reporting today that Another Case of Milton Jones, which has been on the radio since 2005, has been axed. This news comes at the same time the Mock The Week star is told his Channel 4 sitcom pilot, House Of Rooms, is not being commissioned either.

Jones, who was performing at the Altitude Festival in Austria, said: "I found out that House Of Rooms wasn't being commissioned in the same week I heard that they cancelled the radio show. But it was great to be able to do more acting for the TV show. I tend get castings only for oddballs or 'man who's just woken up'."

Other comedy-related nominations for this year's Sony Awards include...

- North By Northamptonshire, the Radio 4 sitcom by Katherine Jakeways, is nominated for 'Best Drama'.

- Spike Milligan - The Serious Poet is up for 'Best Documentary'.

- and Mark Lawson's interview with Ricky Gervais on Radio 4 is up for the 'Best Interview' gong.

The results of the Sony Radio Academy Awards, celebrating their 30th birthday this year, are decided by industry and media professionals. The winners will be announced at a ceremony on the 14th May 2012 at London's Grosvenor House hotel, hosted by Chris Evans.

For a full list of all nominees visit radioacademyawards.org