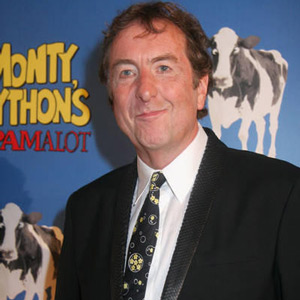 Set in the early 20th Century, the production is to be presented as a radio play with the cast reading from scripts. It will run for just 4 nights in April, from the 26th to 29th, and will also star Tracey Ullman, Billy Connolly, Sophie Winkleman, Eddie Izzard and Tim Curry.

Jane Leeves, a former (Benny) Hill's Angel but better known for the role of Daphne in long-running US sitcom Frasier, will also appear, and Idle himself will act as narrator.

A previous version of the production was staged in a similar form in 2007. Idle told the Los Angeles Times that he and Du Prez have spent the last 5 years re-writing the scripts and adding more songs to the show.

He added: "It's essentially the same idea as before, but the part of Dick got bigger - if I'm allowed to say that."

Idle also confirmed that What About Dick? will be recorded for release as a 'concert film'.