Ann Widdecombe and Anton Du Beke hoped to star in a flatshare sitcom together.

That's the remarkable claim of comedian Paul Kerensa, who was approached to write the comedy by the former Conservative MP and her Strictly Come Dancing partner, following the pair's high-profile appearance on the 2010 series of BBC One's Saturday night staple and their subsequent live shows together.

Kerensa, whose credits include writing for Miranda and Not Going Out, revealed the plans for the unlikely collaboration on his Lunchlift Live video stream.

Usually, he said, he remains discreet about such celebrity projects. But the behaviour of the Strictly pair's agents and Widdecombe recently "freely talking about all sorts of people in rather, dare I say it, unpleasant ways", have prompted him to go public. 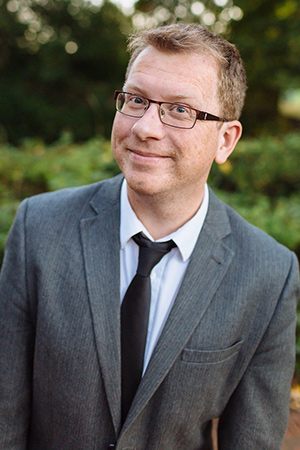 Kerensa and Widdecombe, who are both Christians, originally met on the 2013 BBC One discussion show Are You Having A Laugh? - Comedy And Christianity.

"We got chatting afterwards and she said 'ooh, you're a sitcom writer" he recalled. "She said: 'I was thinking about doing a sitcom.'

"And I thought: 'Really?' Ann Widdecombe? A sitcom?

"She said: 'Yeah. With Anton ... could you put some ideas together, see if we could pitch it around?'"

So a meeting was duly convened.

"I put some ideas down, like Ann Widdecombe and Anton Du Beke share a flat" Kerensa recalled. "Here's some of the adventures they can get up to, a bit of writing samples. The usual development work, a few pages of the pitch."

Upon arriving at the meeting though, he was surprised to find that both Widdecombe and Du Beke had come with two agents each. "And I thought this was a bit odd. I didn't bring my agent because this is a development meeting.

"We talked about doing a sitcom. And the agents said: 'We think this could be a very good way of making money', because that's what they wanted."

After Kerensa had outlined his writing credentials, "they said, 'go and write a half-hour episode and then you can take it to a production company'."

The agents wanted him to write the script on spec and shop it around on their behalf, all before he saw a penny.

"I forget whose agent it was so I can't tarnish either one with it" he said. "But either Anton or Ann's agent said, 'the thing is Paul, you aren't here with an agent. Ann and Anton are here with their agents. And therefore, if your agent were here to fight your corner and say that you're not going to do this, we'll do it instead, then maybe we'd share it around.'

"They left it like 'well, here's what's going to happen. You're going to go and do the work and you'll let us know when it's ready to film' ... So you know what? I didn't do it, I didn't do any of the work."

Belatedly realising that he would rather be "the guy who saves the world from the Widdecombe sitcom", he suggested that "even Ann would agree, she's probably not Rowan Atkinson.

"Yes, she can dance funny, her and Anton, they are a double act to be reckoned with ... Maybe they're in development elsewhere. Maybe they got some other writer to do it for them."