The winners of the Chortle Awards 2021 have been announced. With almost no live comedy gigs in 2020, the website this year asked its readers to name their 'legends of lockdown' instead of voting in its usual award categories.

Readers selected Fergus Craig for his online content, including his videos as character Martin Fishback.

Live At The Covid Arms

Mark Watson, Tim Key and Alex Horne's online show No More Jockeys was picked out as a highlight by readers. Watson was also praised for his 24-hour online gigs, and spearheading a series of drive-in gigs.

Aside from No More Jockeys, Tim Key was also selected for writing his book which chronicled his battles with lockdown.

John Robertson's Robbotron Twitch stream was described by one reader as keeping her family sane and giving them "an immense accounts of joy".

Readers selected Richard Herring for the wide range of free content he released online during lockdown.

"An incredibly prolific and varied range of content over the year" resulted in Robin Ince and the Cosmic Shambles Network collecting an award.

Chortle says of Stevie Martin: "Already a live favourite, the comic has upped her game during the shut-in, with video sketches made with Lola-Rose Maxwell, her improvised Book Club, podcasts and social media feeds all providing priceless entertainment."

Comedian Alistair Green was recognised for his online videos.

Stand-up comedian Mark Olver picked up a trophy for his Belly Laughs charity gig and presenting online panel show Who Said That?.

Chortle notes Archie Henderson, who makes videos as Jazz Emu, produced "a prodigious output of inventive, witty and trippily surreal music videos on YouTube and Twitter over the past year."

Catherine Bohart picked up an award for her online gig format Gigless, "which has fostered a strong sense of a community among its regular audience".

Web series Petrichor, created by Will Farrell and Ben Rowse, and starring Alexander Owen and Adam Drake, was picked out by readers.

Wifi Wars co-host Rob Sedgebeer was awarded a prize for "being the tech king of comedy."

Comedian Munya Chawawa was one of the breakout stars of lockdown, thanks to the characters he performing on Instagram and YouTube.

Sam Bryant, from sponsors Audible, says: "Defying all the problems of lockdown, creative people have been doing brilliant work to keep the country entertained at a time when it's most needed, and they deserve recognition and support."

The Chortle awards page includes readers' quotes of praise for each winner. 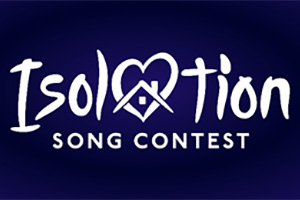 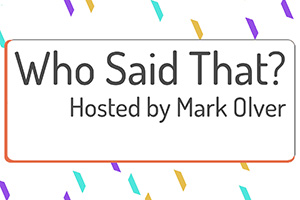 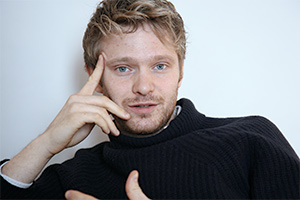