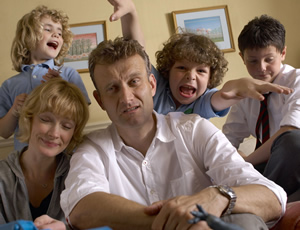 BBC One sitcom Outnumbered was the big winner at the 2009 British Comedy Awards. The show was named Best Sitcom as well as best overall comedy, plus eight-year-old Ramona Marquez won the female newcomer award. TV Burp also triumphed again this year, with Harry Hill claiming another two awards for the mantelpiece.

Peter Kay and Terry Wogan were honoured with special awards, but Kay seemed somewhat perturbed that the audience did not give him a standing ovation as he went collect the Outstanding Contribution award. Upon collecting the Lifetime Achievement Award, Wogan joked: "If you can stay upright and reasonably sober, they'll give you something in the end." One of the biggest rounds of applause of the night went to Father Ted and IT Crowd creator Graham Linehan, who won the Ronnie Barker Writers' Guild of Great Britain Award. Upon receiving a long standing ovation, the writer seemed a bit sheepish, remarking: "I apologise to Peter Kay."

Pulling was named Best Television Comedy Drama, which will be somewhat of an embarrassment to BBC Three, as the channel has axed the show. Meanwhile Michael McIntyre won best Stand-Up, but missed out in the two other categories he was nominated in. Armando Iannucci, on picking up an award for In the Loop, commented that there did seem to be a "slight air of hostility towards Michael McIntyre" at the ceremony.

There was also awards for Charlie Brooker, Katherine Parkinson, Simon Bird, Harry & Paul, Psychoville and Have I Got News For You at the superhero-themed ceremony hosted by Jonathan Ross. However, Mitchell & Webb and the team behind Gavin & Stacey both went away empty handed, having failed to win any awards in the categories they were nominated in.

It would probably be fair to say that there were less controversial jokes and 'moments' in the 2009 ceremonym when compared to previous years, however Frankie Boyle did deliver an eyebrow-raising joke about sex abuse, which is likely to be picked up by some Sunday tabloids.

Here are the full results from the 2009 British Comedy Awards... 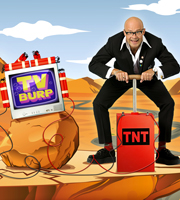 Best Male Comedy Newcomer
Charlie Brooker (for You Have Been Watching)

Best Comedy Panel Show
Have I Got News For You 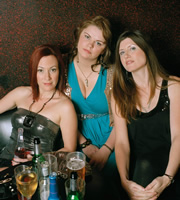 Best Television Comedy Actress
Katherine Parkinson (for The IT Crowd)

Best Comedy Film
In the Loop 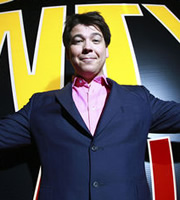