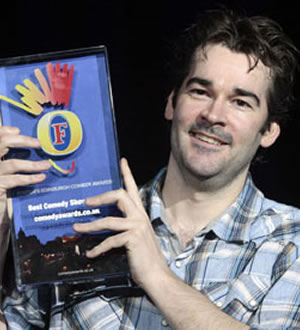 Stand-up comedy website Chortle has revealed the nominees for its annual awards.

The nomination shortlist for the Chortle Awards, which focus on the stand-up comedy market, is arrived at by a panel of journalists. Voting is now open for the publicly decided categories. The results will be revealed on Tuesday 20th March.

In 2011, winners included The Boy With Tape On His Face as best Breakthrough Act, Stewart Lee: If You Prefer A Milder Comedian Please Ask For One for best Stand-Up DVD, and British Comedy Guide's Richard Herring podcast As It Occurs To Me in the 'Internet' category.

The full list of nominees in the main body of this year's awards is as follows:

The website also awards prizes for the best comedy venue in various regions across the UK, voting for which is available here