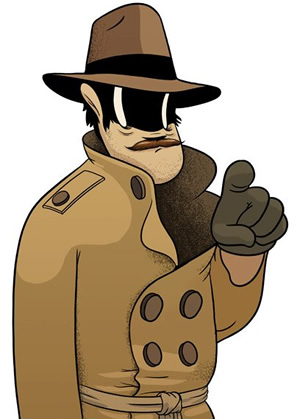 The charity organisation Amnesty International have announced a new Secret Policeman's Ball benefit event to celebrate their 50th anniversary. However, for the first time since its inception in 1976, the ensemble comedy stage show will be held outside of the UK.

The Secret Policeman's Ball 2012 will be held in New York on 4th March to an audience of 6,000 at the Radio City Music Hall. The show will feature three hours of new material written especially for the event, starring comedians from both sides of the Atlantic.

The full-line up has yet to be revealed but headline acts announced include Russell Brand, The Daily Show's Jon Stewart and Stephen Colbert, and Coldplay. Meanwhile, Armstrong & Miller have voiced new animations created to promote the event, which will be released online next month.

The first Secret Policeman's Ball event was held in London in 1976, with John Cleese responsible for bringing together many of the comedians and musicians for the show. There have been multiple shows since, with the last held in 2008 at The Royal Albert Hall featuring the likes of Frank Skinner, Alan Carr, Graham Norton, Sean Lock, Jason Manford, Shappi Khorsandi and Russell Howard.

Speaking about the new show, John Cleese says: "I used to think humour was a luxury, but at the last election Jon Stewart and Stephen Colbert taught me it was a necessity. The Secret Policeman's Ball was - and is - a coming together of the very best comedy talent of any generation to celebrate their art, remind audiences how important free speech is, and highlight just how much vital work Amnesty International does to protect it. I implore you to support it."

Andy Hackman from Amnesty International, which campaigns for human rights and freedoms around the world, adds: "This year's Secret Policeman's Ball brings together an incredible representation of the best comedians and musicians in the world. It's humbling that they have given up their time to join us and champion the fundamental right to opinion and expression - and in doing so helping us connect with a new generation of supporters. I hope comedy and music fans in the UK will help us in making it a bad night for dictators and a good night for free speech."

Highlights from the event will be broadcast on TV in the UK a week after the show is recorded. A broadcaster has not yet been announced, but most previous shows have been on Channel 4.