Nina Gilligan has won the Leicester Mercury Comedian Of The Year 2021 stand-up competition.

The organisers, speaking at last night's live final in Leicester, explain: "Nina Gilligan exploded on to the comedy scene in 2011 and since then has made a name for herself, being nominated and winning various competitions, before winning Leicester Mercury Comedian of the Year this evening. She is a regular on the UK circuit, performing her outrageous, observational, storytelling comedy."

Gilligan, talking backstage, was in shock at winning. She said: "Absolutely stunning! I feel like - just because this year has been so weird - I feel like I might be in an anxiety dream. I'm not sure if I'm wearing my pants. Has this actually happened? It's only the fifth gig back... this could be a dream. Someone pinch me!", before adding in regards to being selected the winner "no, it's fantastic, absolutely fantastic."

Joseph Emslie was named the runner-up, with Christian Jegard selected for third place. 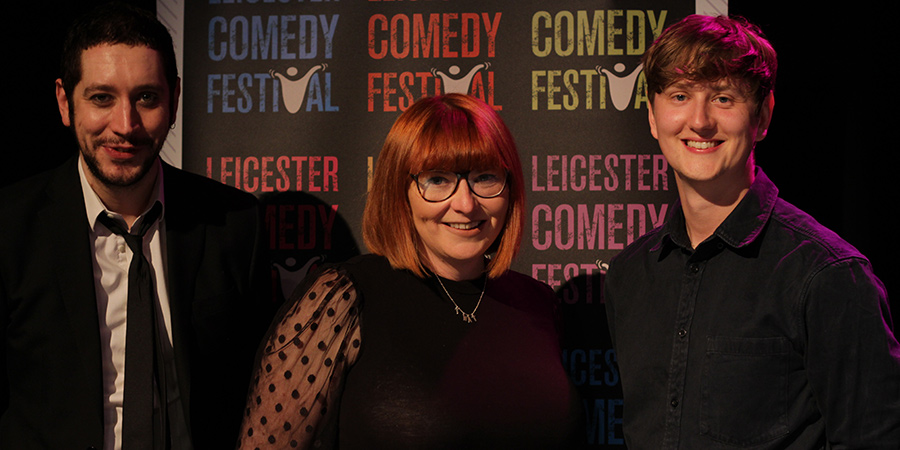 Below is a video featuring highlights from all the acts' sets from the show, which was hosted by Eshaan Akbar:

The Leicester Mercury Comedian Of The Year competition has taken place each February as part of the Leicester Comedy Festival since 1995, but this year the final was postponed until June due to the coronavirus lockdown.

Geoff Rowe, founding director of Leicester Comedy Festival, says: "Huge congratulations to Nina Gilligan on winning the competition. It's great to welcome them to our comedy hall of fame, alongside some amazing past winners. The competition tonight was particularly special as it was the first live comedy show we have produced since February 2020, and is the first major comedy award of 2021. We are already planning for February 2022 when we hope to be fully back, welcoming comedians and audiences to hundreds of shows during Leicester Comedy Festival."