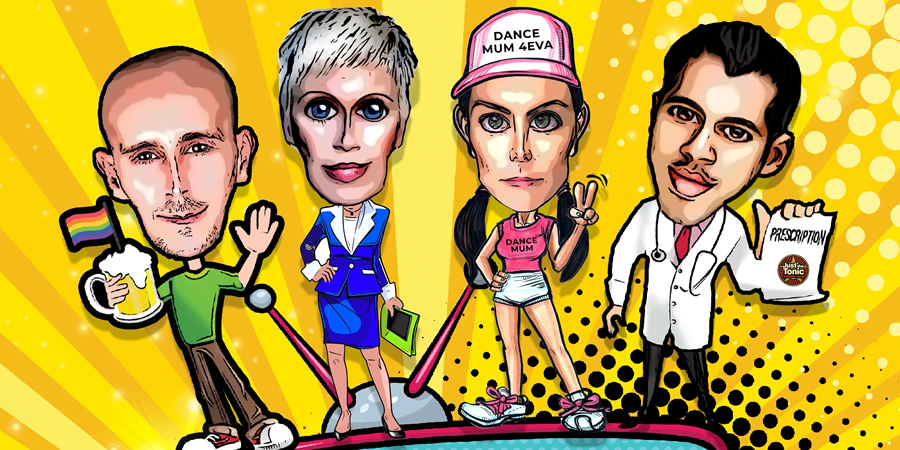 393: Just The Tonic at The Charteris Centre
Room: Just the Crypt

Most tickets cost between £7.50 and £8.50, depending on the day. To book visit the official Fringe website or contact the venue:

Comedy sketches that are observational and familiar but with a contemporary Sketch You Up! twist. Think Catherine Tate meets Little Britain and you're almost there! Let us throw you into a world where call centre operators hold painful secrets, yummy mummies with their first world problems, a world where being straight is unique, an awkward first date, an embarrassing doctor visit and many more... Brace yourselves as we... Sketch You Up! Warning - may contain comedy songs.

Debuting at this year's Edinburgh Festival Fringe is Sketch You Up!, a brand-new one-hour comedy sketch show with an LGBTQ+ angle, taking the observational and familiar to a modern and fresh level... with bite!

Sketch You Up! presents four performers in a world where being straight is the minority with a sketch which turns things upside down. This sketch was created by writer Dan Robinson after many years of hearing stereotypes of gay guys as camp, effeminate, and with high pitched voices.

Watch two gay guys gossiping about "Those 'straights'... I mean, you can spot one a mile off if you've got a great straidar!" Then see what happens when one of them comes out as 'straight' to his two Mums! Later a sketch at a call centre follows an operator who holds a painful secret and can't resist an opportunistic lifeline from a caller...you'll never listen to Adele's Hello in the same way again! 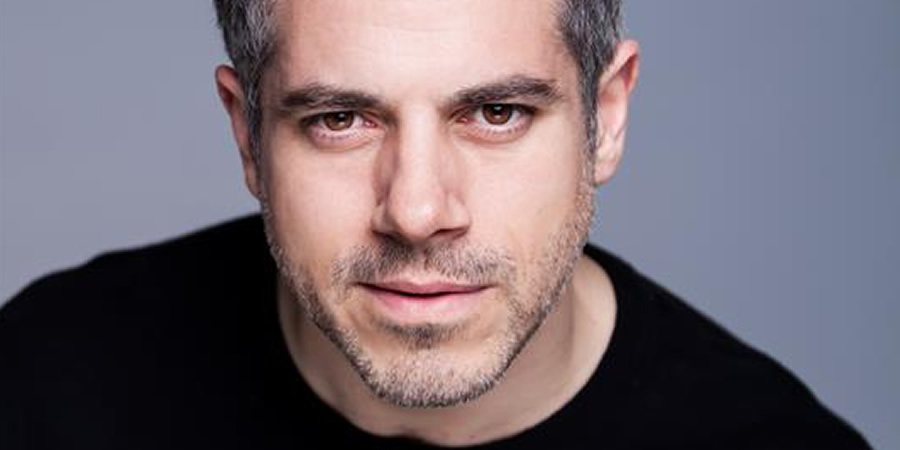 Robinson wants to bring his sketch show to a much wider audience and to have LGBTQ issues raised through sketch comedy. Dan started writing this sketch show back in 2015 after feeling he wanted to take sketch comedy back to character-driven and real-life situations, but with a new school style.

Dan draws on personal experiences, being a gay man and his career: from working in a call centre, teaching drama to kids, frustrating restaurant reservations and Tinder dates! All of which can be seen in the show.

Dan's inspiration comes from Victoria Wood, Catherine Tate, Julia Davies and Sharon Horgan. Dan has played a multitude of comedy roles in his acting career but wanted to express his own comedy and started writing sketches.

Dan's collaboration with director Lisa Millar brings an additional perspective to the comedy. Lisa has extensive experience with shows like Sketch You Up! including recently directing the Edinburgh hit last year, Madonna or Whore.

Pete Caulfield has appeared in Doctor Who as well as the LGBTQ hit Cucumber and Banana. Blesses with an incredible voice, Caulfield was in Regents Park hit Jesus Christ Superstar (as Herod) and was also in the hit comedy One Man Two Guvnors in the West End as Alfie.

Helen Siveter has performed in a number of West End shows, including Cabaret, Chicago, Mamma Mia, Matilda and We Will Rock You. "Helen is an incredible dancer... which won't help at all in this show! She is very funny... which is lucky!"

Rachel Stanley has just finished Goodbye Norma Gene at the LGBTQ venue 'Above the Stag' where she played various characters "with great comedy timing!" She played the comedy role of Mavis in Stepping Out on a UK number one tour and has appeared in the West End in Chicago, Anything Goes and White Christmas. "She can still whack her leg behind her head.... she will prove it in Sketch You Up!"

Audiences love Sketch You Up!

Sketch You Up! was first workshopped to a live London audience in April 2018 with two nights at The Hen and Chickens Theatre. Then at the Courtyard Theatre in Old Street in November 2018, and most recently at The Vaults Festival in London.

You can see more sketches on the Sketch You Up! YouTube channel