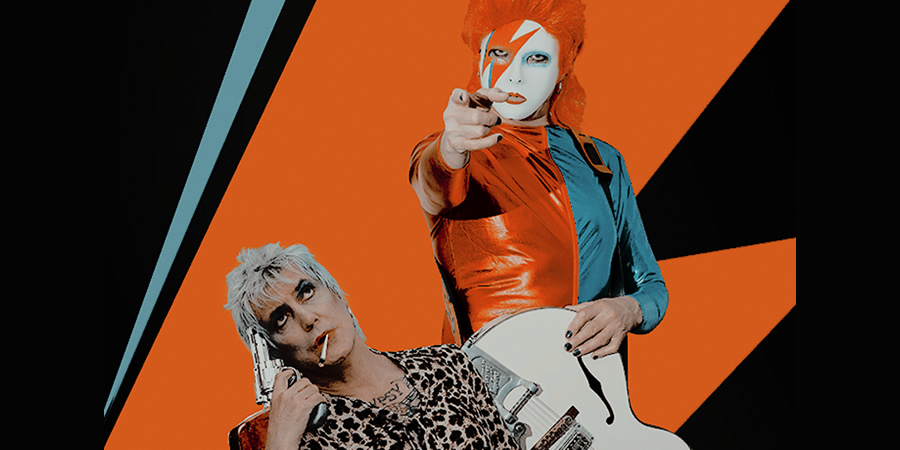 Ziggy Stardust takes us on a Tragical Mystery Tour through the life of a nearly-was rock star! Drama, tragedy and hilarity ensue to a live rocking backdrop. Does this poignant inner struggle lead to damnation or salvation? We shed light on some of the more bizarre choices of our would-be hero, all whilst hurtling through this life of crazed adventure. Or is it all merely an alter-ego? Co-starring Lemmy, Axl, Blondie, Joey Ramone and Joan Jett amongst others. 'I love Lee, he's dangerous and doesn't give a f*ck and I love that' (Chris Thorpe).

Theatre of the Wild, Beautiful and the Damned Presents... A Rock 'n' Roll Suicide!

Ziggy Stardust returns to take us on a tragical Mystery Tour through the life of a nearly - was - rock star, Gypsy Lee Pistolero, AKA Lee Mark Jones! This one man show plays out against a backdrop of videos and scenes from his early life, our jaded, ageing rocker sings along with his young pretty self and belts out songs from Punk to the Present, from an initially glamtastic, then tragic Rock N Roll career. 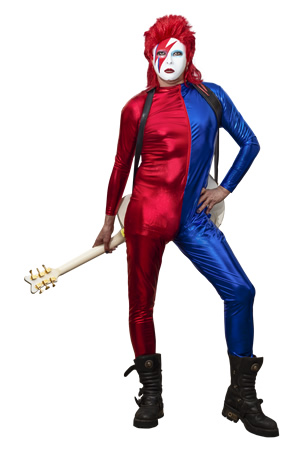 It's a tale of anarchy, rage, sadness and laughter.

It's a struggle between damnation and salvation.

Its story of a man who comes to terms with himself after the diagnosis of a condition that unknown to him, has defined his life.

Join us on this autobiographical roller coaster and see for yourselves what Ziggy Stardust is finally revealed to be. A one-man show with a roll call of virtual celebrity guest stars, this suicide is by turns glamorous, punky, anarchic and tragic.

Upon alter ego Ziggy Stardust's revelation to be his undiagnosed ADHD (Attention deficit hyperactivity disorder) condition, deep soul searching, self-questioning, recriminations, rage and confusion but also hope, clarity and understanding unfolds? Triumph over tragedy? You decide! From the Council estates of Kidderminster to Beverley Hills and back? Also featuring a special guest appearance by Chris Thorpe, as the voice of Mr. Punch, the puppet of truth.

Theatre of the Wild, Beautiful and Damned is the creation of Lee Mark Jones AKA Gypsy Lee Pistolero and specialises in chaotic and surreal contemporary theatre and performance with Dramaturgy by Dan Coleman (Dawn State Theatre).

Lee says: "I intend to attract a new kind of audience which does not usually go to the theatre; an audience craving strange journeys of darkness, horror, suspense, and wonder. All these thrills we will provoke into life, in the flesh, breathing and bleeding on stage, and right in your face." 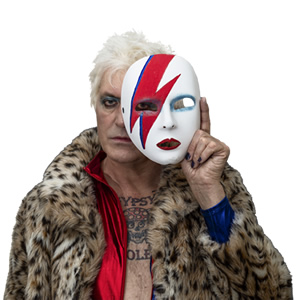 Lee Mark Jones began singing in punk band Regular Wretches at the age of 14, leading to a wild and crazy journey touring the World with The Ramones, Motorhead, U2, Black Sabbath, L.A Guns, Motley Crue, Poison, ZZ Top, Faster Pussycat, Bang Tango, U.F.O and many others.

He was lead singer of The Gypsy Pistoleros who released multiple albums and played sell-out international tours. He continues to release solo material while pursuing a new career in the theatre. Turning to acting in 2006, Lee's credits include 'Ticks' in Salem Kapsaski's Spidarlings (Après Vague/Troma); and five films by North Bank Entertainment including The Revenge of Robert the Doll, Theatre of Fear, Werewolves of the Third Reich, Jurassic Predator by Andrew Jones released through 4Digital Media & Sony productions. Due out August 2019 is The Manson Family Massacre. The Spaghetti Western TV series in pre-production with director Rock Salt; Miss Harper with Susan George & Lisi Tribble; and Varney, 'an epic Vampire Trilogy', and - just finished filming - the Mycho Slasher Pandamonium.

Lee Mark Jones recently obtained a master's Touring Theatre Degree at University of Worcester and is a member of their award-winning Shenanigans Theatre Company. 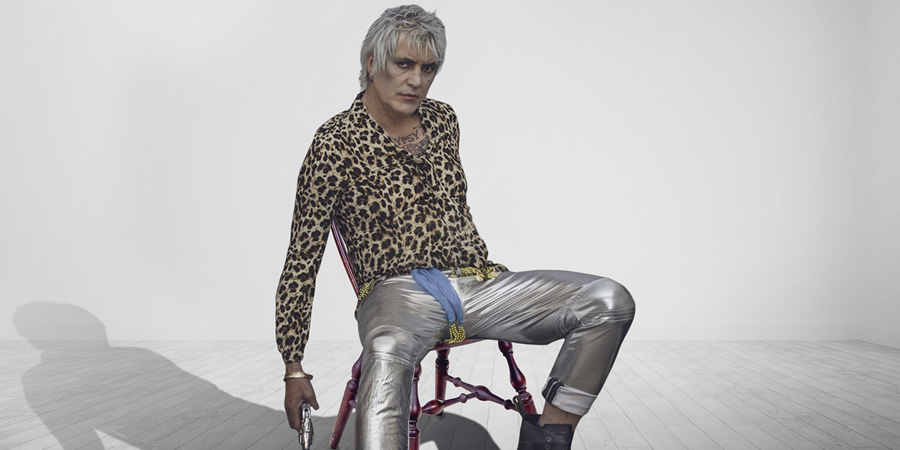 "I love Lee, he's dangerous and doesn't give a f**k and I love that." - Chris Thorpe

"You've got the makings of an amazing piece of theatre there." - Ed Collier (China Plate)

"Among the most blisteringly bold theatre I've seen at this year's Fringe. You will never forget it." - Miles Jackson, EDFringe

"It also has the gloriously anarchic edginess of the likes of The Young Ones and The Mighty Boosh. Wonderfully twisted, from a very clever boy" - The Write Angle - Max Lantone

"One of those performances where you are a different person afterwards than you were before. Nobody has seen anything like it" - Garry Cook, Lancashire Fringe Festival Organiser

"The show's singular highlight was when Jones, dressed as Jesus, offered audience members the Holy Eucharist consisting of Monster Munch and cheap red wine? Avoid this nightmare at all costs." - Lauren James, EDFringe