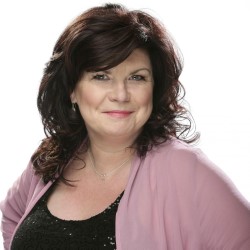 BAFTA-winning actor, comedian, singer, writer, independence campaigner, panto legend, feminist and socialist, Smith is rarely accused of lacking opinions. Fiercely funny and the most influential household name in Scotland. Her stellar TV career has spanned from City Lights to Rab C Nesbitt to Two Doors Down. Theatre credits include The Steamie, Calendar Girls and Shirley Valentine. She is a supporter of numerous charities, including Zero Tolerance and Relationships Scotland and is the patron of the Women and Girl's Programme at Celtic FC. Her autobiography, Nothing Like a Dame, was published in 2009.

Have something to say about this show? You will be able to give this show a star rating (and write a short review if you want) from the 23 August.