The show was born in Edinburgh on 18th August 1979, and since then - every year for four decades (a timespan which has seen it become a Guinness World Record breaker) - a cast of four (different each year) has been entertaining Fringe audiences with topical sketches.

Producer Emma Taylor comments: "I love the Kierkegaard quote: 'Life can only be understood backwards but must be lived forwards.' We had such joyous celebrations in London and Edinburgh on Sunday to celebrate this incredible institution with writers, creatives and performers who have spanned all four decades. By never resting on our laurels we remain fresh and current and continue to provide a platform for future comedy practitioners. If life begins at 40 I'm excited to see what the future holds. Maybe it's time for NewsRevue to hit our screens..."

To celebrate the anniversary, the team let us raid their photo archives to see some of the previous performers involved in the show.

The first ever NewsRevue flyer, from 1979. 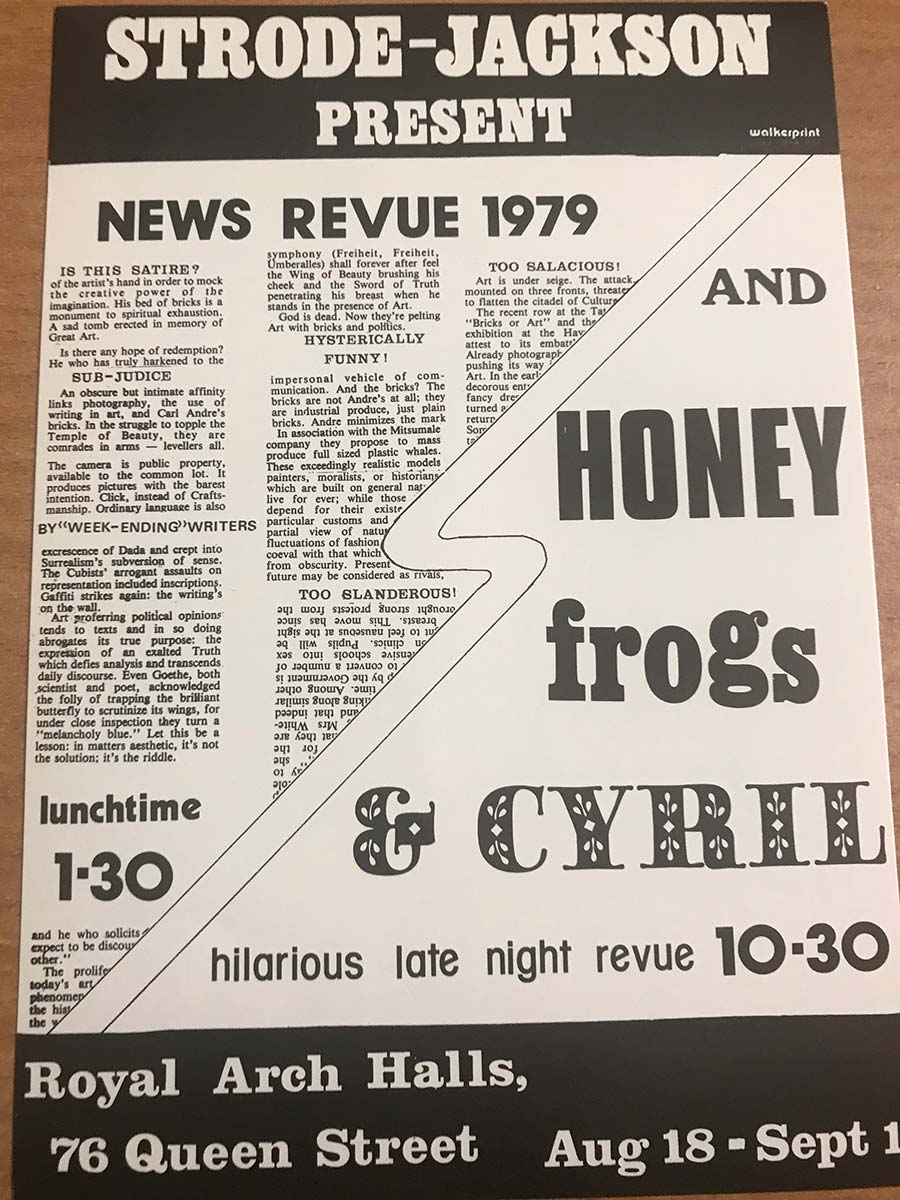 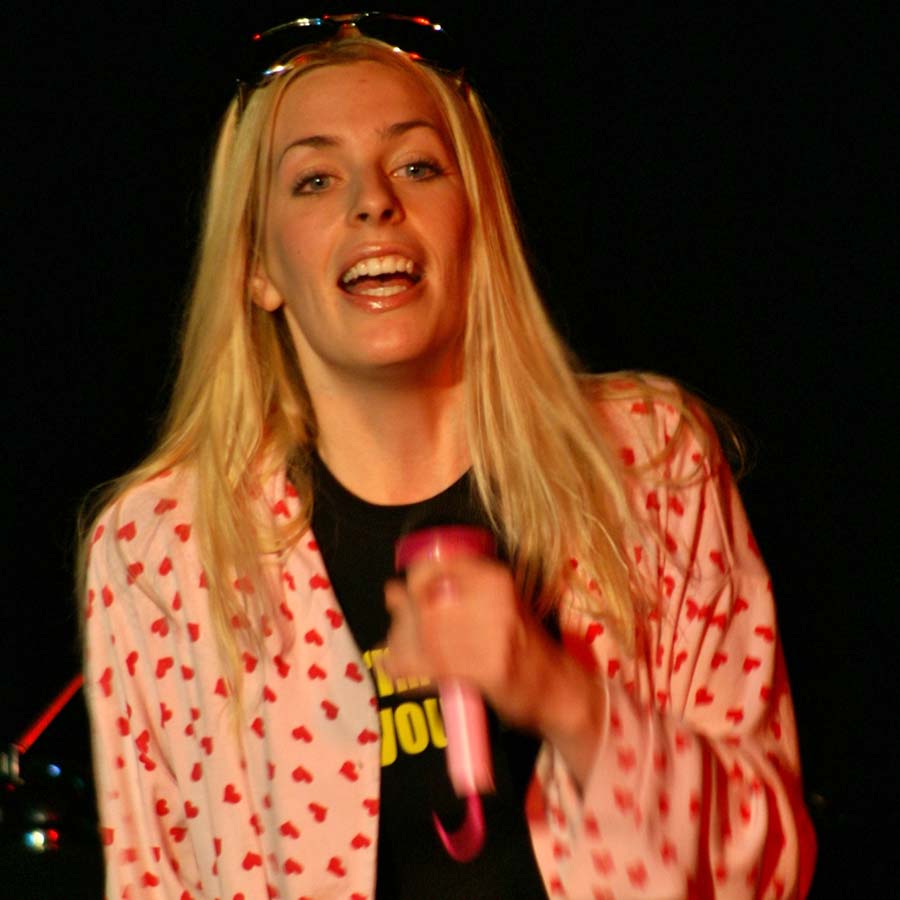 Damian Kell and Marcus Garvey strike a pose back in 2003. 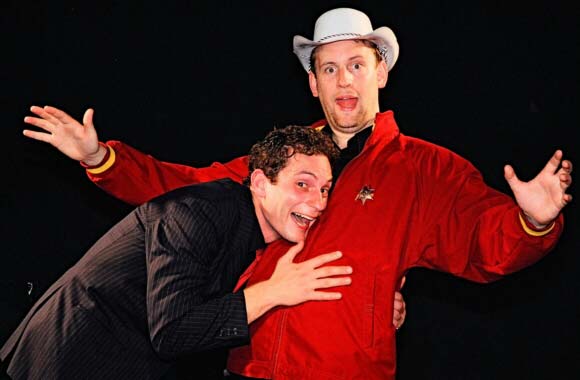 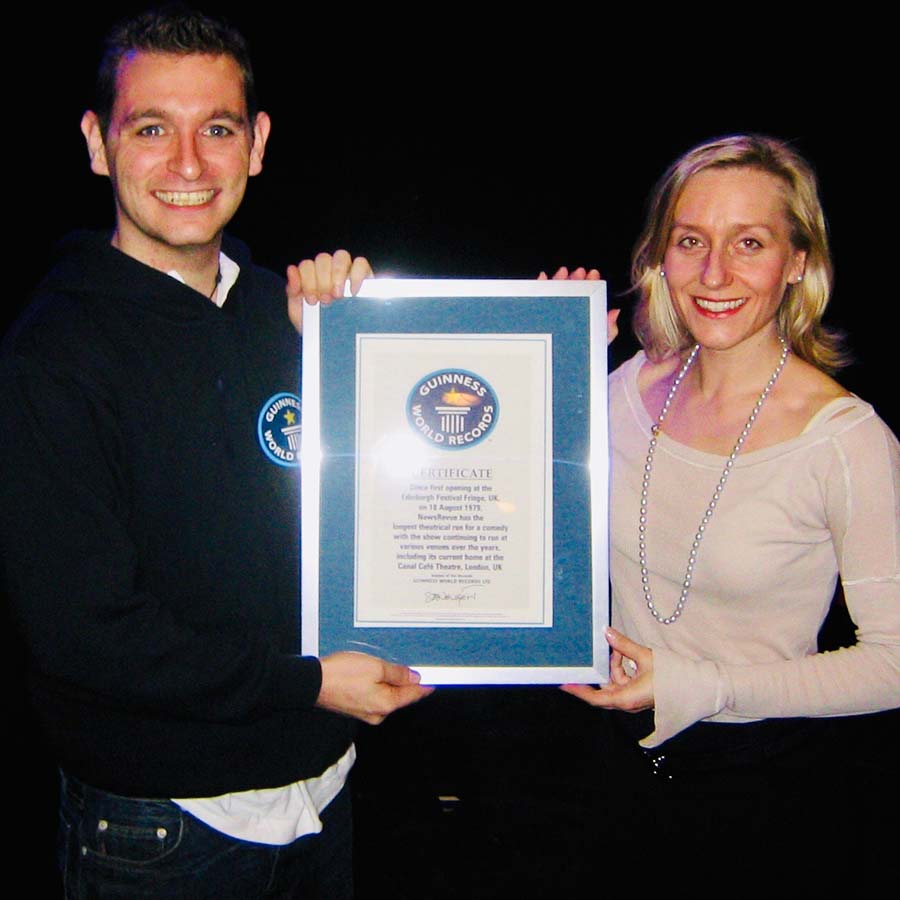 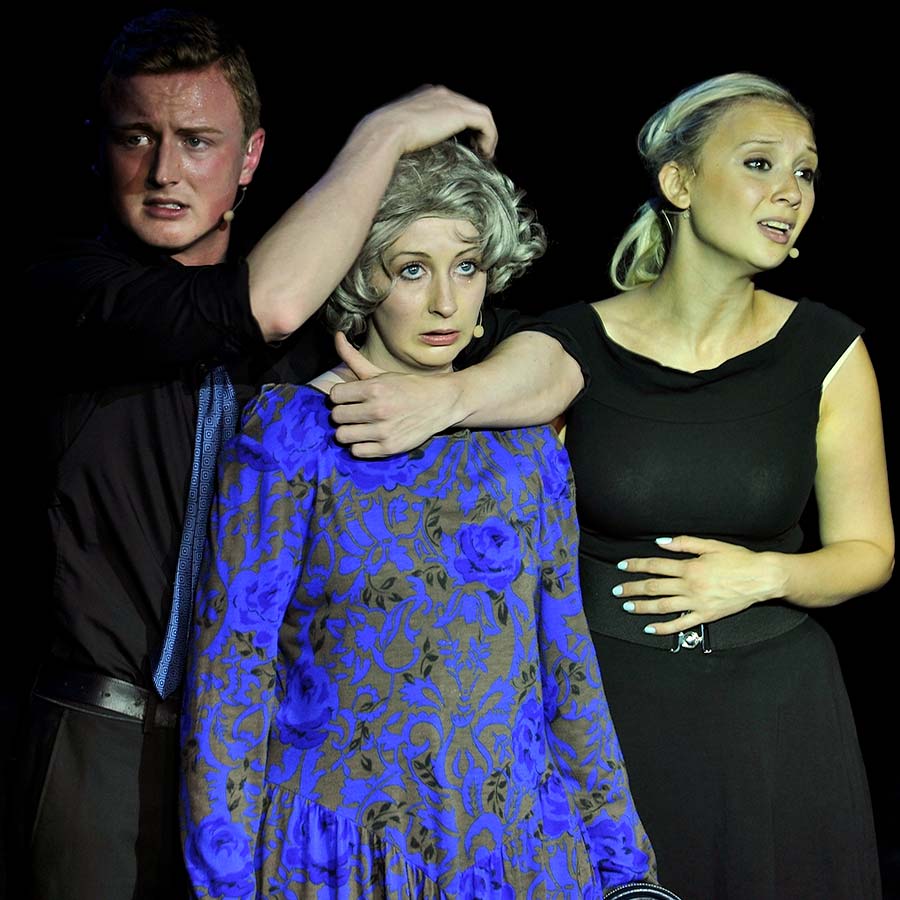 Pippa Evans and Cariad Lloyd on stage in 2005.

Simon Amstell poses with Thomas Nelstrop and Pete Smith in 2005.

Pippa Evans and Ben Watson back stage in 2007. 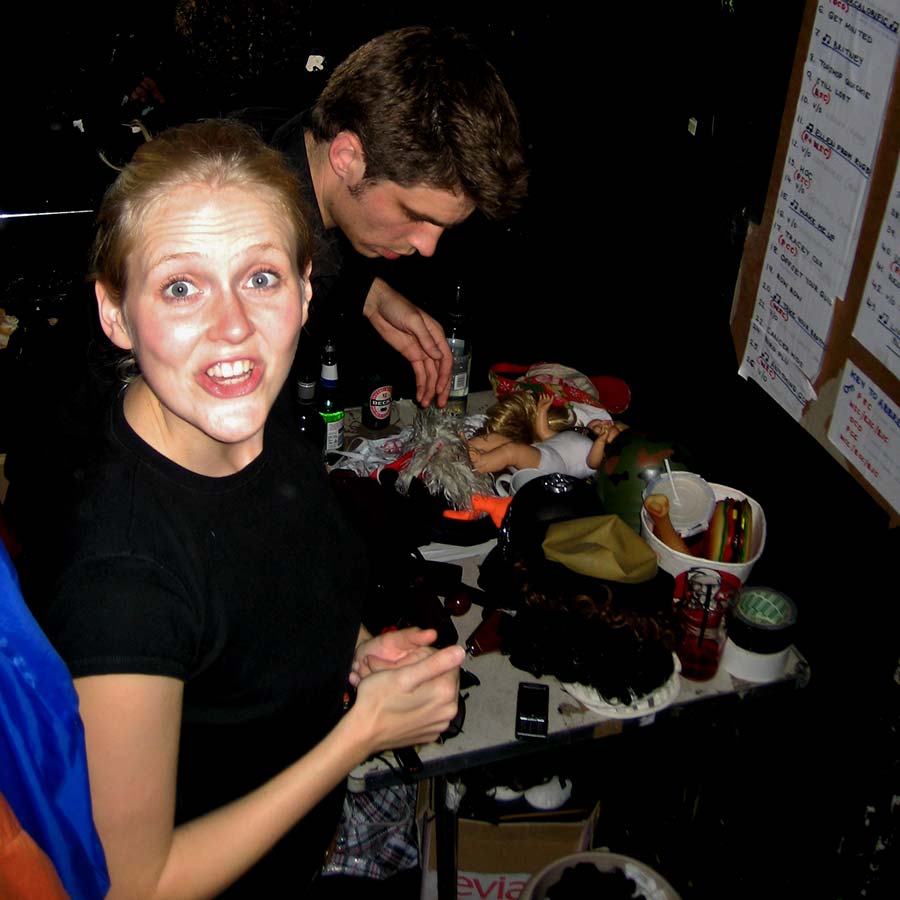