Paul Vickers has been appearing at the Edinburgh Festival, in character as Mr Twonkey, for a decade now. Here he shares with us 10 performance-based things he's learnt over the last 10 years.

You never have as much as you think you have

You can sit for a lifetime in front of computer writing ideas down for a fringe show, but when it really comes down to the wire a lot of it will be useless. It's often the little bits you drop in off-the-cuff during a live performance that give you the real stuff.

It's amazing how much you can edit yourself on the hoof. Always record your previews to catch your real editing skills in action. This does not mean don't open a word doc at all, but treat your written script like a launch pad not an arrival point. 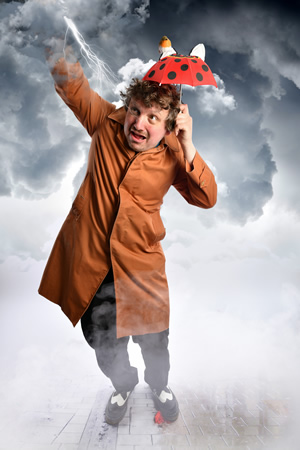 You can have an amazing year at the fringe with wind of success flying through your hair and buzz louder than a bee hive about to blow, but people will still forget you as there's so many shows.

Once people know your shtick they feel they have seen all you have to offer so it's important to remind people you're getting better and you can still surprise them.

If you're a comic maybe write and star in a play or throw yourself off the roof of St Giles in microlight.

Towards the end of a fringe run your body may change. I often find I lose my legs. They become weak and I get a feeling of pins and needles in them. I call this the Flatley Effect, after Irish American former dancer and hard man Michael Flatley.

My own show does contain mild dancing but I have still not worked this out. Maybe I need to see a doctor and maybe it's not something that effects everyone... all the same, go easy and don't let the fringe take your legs!

The Fringe is such a stressful and wonderful experience all at once it's important to share the ups and downs. The chums you make at the fringe enrich your life and help you over the line.

Hatch the next show during the run

It does add extra pressure, but I like to use the buzz of the fringe to hatch the basic idea of my next show. It will only be a starting point but seeing lots of shows and developing a show throughout the run brings the mind to the boil... as far as working out a scrapbook of where things could go next.

For me, it might the idea for a song that sights it rolling or a mood or manner of performing something that sets it off. 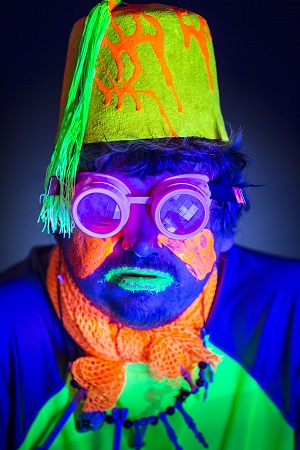 Don't flyer in a graveyard

Once I found my girlfriend flyering a graveyard before my show. She said she gave flyers to a baby and an old lady. Neither of them came to the show. The trouble with a cemetery is most the people there are dead.

People say never read your reviews during the fringe, which works... for some people.

I always read them...WHY? I'm too curious, and a great review can really lift you and give you energy. A bad review I find takes about 24 hours to get over and often you learn something from them too.

To quote Johnny Rotten: "anger is an energy". Also from him: "I'm not here for your amusement. You're here for mine".

I find reviews help fuel the whole live event feel of the process. I would feel a bit sad reading them all at home after it's over. Plus, you can't do anything about a bad review when it's over, but during the fringe it can push you to get better, and a lovely review can give you rocket boosters.

You will have an off night

It's like waiting to be punched but not knowing when the punch will land.

It doesn't matter how good you are you will have an off night. I find going home getting some sleep is the only way of dealing with it.

Remind yourself it will end, so make the most of it when you can, but don't burn out too soon. It's all right to take it easy and sometimes it's even more fun that way.