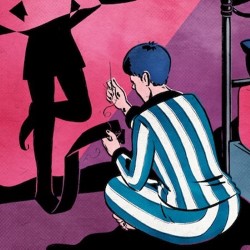 2018 was going to be Emily's year. Finally starting to do stand-up and on track to being more funny ha-ha than funny peculiar; maybe even become a fully functioning adult human woman. But when her mum's cancer diagnosis becomes terminal, she finds herself on an awfully big adventure. Featuring grief, boys who never grow up and jokes, promise. As seen on BBC Scotland's Short Stuff, one-third of sketch outfit Ambush, and co-host of Glasgow's grassroots, idiosyncratic comedy night The Salon, this is Emily Benita's debut solo Fringe hour.

A show that slowly reveals itself to be fantastic. Benita has had a rollercoaster year of grief, bad lovers and bad judgement calls and you're going to be aching to hear how it all pans out. An exciting debut hour.