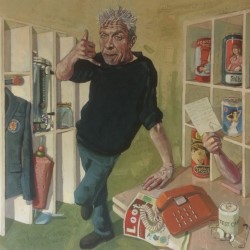 Vladimir McTavish became a full-time stand-up comedian in 1993, since then he has performed to audiences worldwide and gigged with some of the biggest names in the business. In 25 Years Of Stand-Up, he celebrates his quarter-century on the circuit with a show which is a unique bend of brand-new material, some of his greatest hits from two decades of comedy back-catalogue and some hilarious comedy anecdotes about life as a comic. 'Nothing short of superb' (Scotsman). 'One of the finest acts on the Scottish comedy circuit' (Guardian). 'Inspired comedy brilliance' (AustralianStage.com.au).