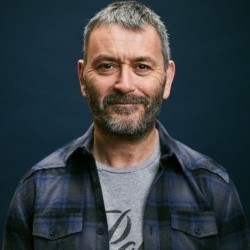 288: Just The Tonic at The Mash House
Room: Just the Snifter Room

Another joyous stand-up show from BAFTA Award-winning comedian and father of Welsh people, Tudur Owen. Greatness doesn't come easily to Tudur, so he's given up trying and thinks the rest of the world should do the same. In his quest for underachievement, he's realised that if you aim for the moon and miss you'll be long dead before you reach any stars. Join him as he romps through tales of royal meetings, immortality and a very anxious dog. 'Riotously funny' **** (TheReviewsHub.com). As heard on BBC Radio 4's The Now Show.