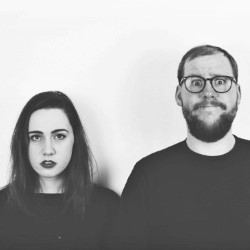 27: Just The Tonic at The Grassmarket Centre
Room: Just The Meeting Room

Christy Coysh (as seen on BBC Three) and Kat Sadler (selected for BBC New Comedy Award 2017) debut their first work-in-progress show. Kat has dreams of quitting her minimum wage job and finally making it. Christy has a beard. Witty, offbeat sketches from exciting up-and-coming comedians and actual best friends. Will Kat hand in her resignation? Will Christy sell any copies of his rap album? Will the two of them just kiss already? Better come and find out. Kat's written for The Daily Mash and The Mash Report. Christy's thinking of losing the beard.