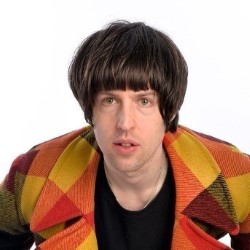 288: Just The Tonic at The Mash House
Room: Just The Bottle Room

On the back of last year's critically acclaimed Love Machine and an appearance on Live From The BBC (BBC Worldwide), Tom Ward is going in for a closer inspection of his favourite themes: love, freedom and aloneness. Join the hip-haired one as he takes a look at the burgeoning "cutesy culture", the myth of sunglasses, the cold slap of passport photos, the reality of sex parties, visions of an Uber vs black cab utopia, living alone and dancing with his mother. 'A star in the making' (Time Out). 'A unique and genuinely exciting talent' ***** (Herald).