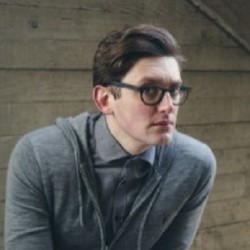 ***** (ThreeWeeks). **** (Telegraph). Tom's girlfriend has vanished, so he has done what any right-minded man would do and turned his search for her into an "important" piece of multi-character multimedia theatre. In reality, It's Always Infinity is a narrative-driven character comedy show about toxic masculinity and the questionable role of the male creator, presented by a version of Tom who sees himself as 'one of the good guys' but is anything but. It combines projection, storytelling and character comedy to tell a story where Tom reveals what an awful person he is.

Smart, sharp and assured work from an accomplished writer/performer, fusing slick presentation with an engaging story and plenty of solid laughs.