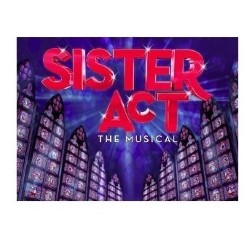 Scottish company, Stage Avenue Performing Arts invite you to come and pull up a pew and get ready to dance in the aisles for their Edinburgh Fringe debut of the feel-good musical comedy, Sister Act. Based on the hit 1992 film and featuring music by Alan Menken, it follows the story of disco diva Deloris Van Cartier who, after witnessing a murder, is put under police protection in a convent. Filled with powerful gospel music, outrageous dancing and a truly moving story, Sister Act is definitely not a show to be missed.