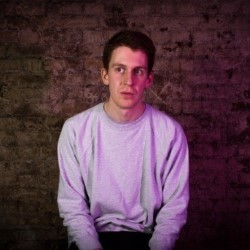 Rob Oldham, Amused Moose Breakthrough Comic 2017 and tour support for John Kearns and Abandoman, considers politics, youth and death. He does jokes to ensure this is funny. Worm's Lament is an hour of stand-up, poetry, reflective nostalgia and ambient anxiety drawing on Rob's 'quirky, offbeat sensibilities that distil into smart jokes that rarely sound like anyone else's' (Chortle.co.uk). To put it enthusiastically, 'you have not lived until you have heard one of Rob Oldham's tonal prose poems' (EdFestMag.com). Don't miss this debut show from an exciting, thoughtful young comic. Directed by Liam Williams.