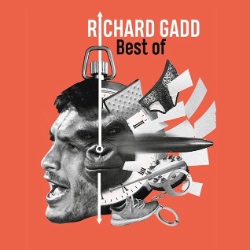 Due to filming commitments, Edinburgh Comedy Award Winner Richard Gadd could not write a new show this year and so is coming to the Monkey Barrel for ten underground gigs in which he presents to you a collection of the "Greatest Hits" from all the shows you probably failed to see prior to Monkey See Monkey Do (along with some new bits). It should be an enjoyable affair for all involved bar the audience and himself.