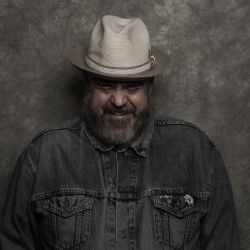 Now television is pretty much done with him because his palm crystal turned red, Phill Jupitus is enjoying the visceral thrill of live stand-up performing once more. In a user-friendly teatime slot, old man Jupitus will tell you things which have happened to him, but will exaggerate wildly. He will also sing. Don't panic. He was in Hairspray. It's in his wheelhouse. When you see it, this show will be his third of the day. So you'll be able to gauge, very quickly, how well the others went. There might be biscuits. Might not.