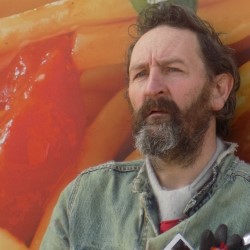 See Phil nails all today's major issues in play in his fast not furious, voiced-based show... Master of mirth and energy, skipping from one thing to the next: a wheelbarrow display team, dog bites in Bangkok, being a swineherd. Relax, yet be riveted, as Phil speedily sums up his year with all things that come to mind, some of which have not happened yet: discovering swans in Norwich, oranges in Guernsey, screaming Stephen Hawking, watching Olympic curling on MDMA, fortified wine-o, Tesla drag-races. 'A comic in touch with the deepest well-springs of his humanity.' (Fest).