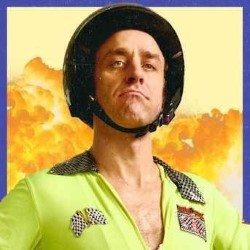 88: Just The Tonic at the Caves
Room: Just up the Stairs

The former Neighbours star shows his range in this impressively unpredictable hour, switching from stunts to mime to a spectacularly bizarre new character and quite possibly the best balloon-based bit at the Fringe. Well, it'll certainly be up there, anyway.