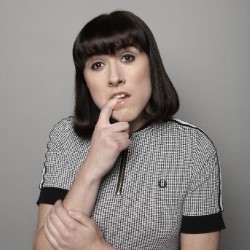 18 months ago, Maisie decided to try stand-up comedy. Within a year, she won the biggest stand-up comedy newcomer competition (becoming the fourth woman to have done so in its 30 years), opened for major comedians, and claimed a Best New Comedy nomination at Brighton Fringe. In her debut, the northerner and self-confessed "Slave to the Sesh" relays her experiences of navigating the recklessness of youth whilst dealing with a medical condition that requires you to be a "Sensible Susan". Winner: So You Think You're Funny? 2017. 'Exudes an appealing, quirky energy... clearly a natural wit' (Chortle.co.uk).

Millennial coming-of-age stories from a natural raconteur - Maisie Adam's show takes us from rural Yorkshire to metropolitan Brighton via her first experiences of festivals and chaotic clubbing holidays with mates.