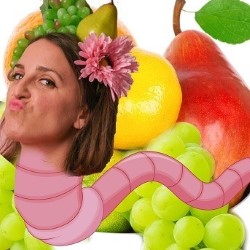 A brilliantly barmy follow up to last year's Newcomer nominated show, Maid of Cabbage. In Fruit Loop, Lucy Pearman brings the room to life again with her ludicrous costumes and ridiculous characters. It's an hour of wonderfully crafted nonsense which is almost impossible not to go along with.