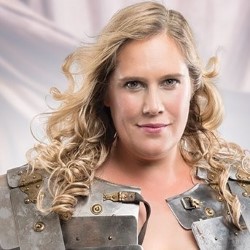 Some years ago, comedian Lucy Frederick appeared in a reality TV show in which she had to get naked. Like, completely naked. No socks or anything. And while that might sound alarming, she's since discovered that actually, there's a far more terrifying way to get your bits and bobs out for other people. And you don't even have to take your coat off. 'A genuinely gifted performer. Fabulous!' **** (Scotsman) 'Delivered to a packed house... A strong and diverse show' **** (ThreeWeeks). 'Like catching up with a best friend' **** (TheWeeReview.com).