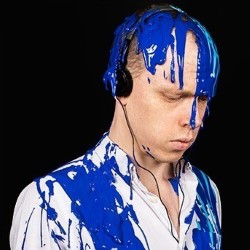 The Edinburgh Comedy Award Best Show 2017 nominee returns for more loosely justified nonsense. Critically acclaimed and adored by his peers, Jordan is riding high. There's been so much buzz about him. I've heard he does absurd stuff on stage? Yeah sort of, but it's also very accessible. Apparently, he's a really nice guy in real life too. Yeah he is. Very charming. Yes, very charming. Got a lot of time for him. Shall we give him a go then? Oh, absolutely not. 'Wildly entertaining' **** (Guardian). 'Brookes is a startlingly talented comedian' **** (Scotsman).

Jordan Brookes is a master manipulator. He lures the audience into his mental horrorscape with well-structured exponential ramping-up of unease. As it peaks, he forces his audience to become lost in the echoes of his troubling mind. This darkly innovative show takes risks that absolutely pay off with solidly unsettling laughs throughout.