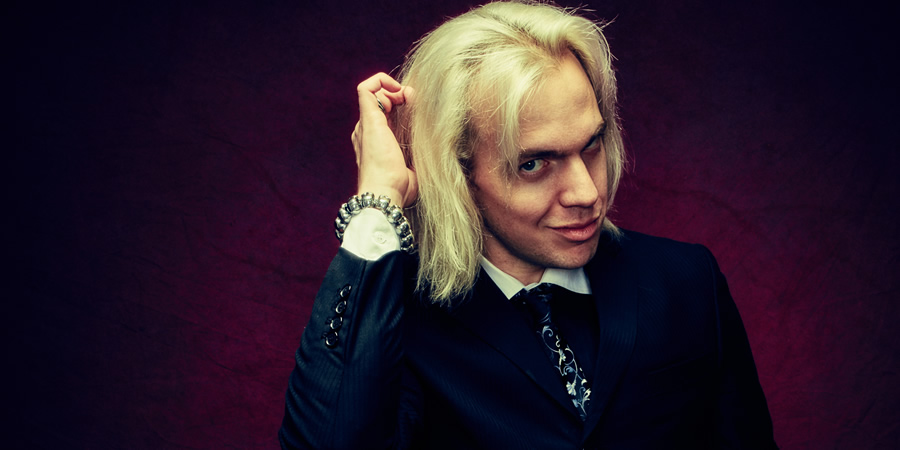 Suited and booted Australian improv god unleashes pure comedy chaos in a basement with a live blues band. Different show every night! 'John strides onstage giving literally zero f**ks' ***** (Skinny). **** (List). 'No-one is safe... based on the sheer amount of uncontrollable laughter in the room, the glee he inspires in his audiences is that usually reserved for enigmatic cult leaders' ***** (Three Weeks, 2017). 'This is astute, amoral comedy for the morbidly inclined.' **** (Age).

In his seventh consecutive year at the Fringe, John Robertson is now suited and booted unleashes pure comedy chaos in Just the Tonic's basement venue - with a live blues band. This will be a completely different show every night as John is a master of improvisation - some might call it anarchic, we like 'spontaneous'. Every day John creates a show that's just for that audience, on that day. Basically, he unleashes 60 minutes of whatever is in his head, complete with insults.

John's shows are chaotic, loud and completely unpredictable. This is a truly unique live comedy experience.

"No-one is safe. The glee he inspires in his audiences is usually reserved for enigmatic cult leaders" -