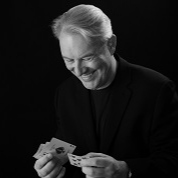 An Evening of Intimate Magic (and Comedy) with a Master. Thousands of people have seen John Lenahan performing his hilarious magic live in comedy clubs around the world and millions have seen him on television - but never before has a small audience been invited to watch John perform the mind blowing intimate magic that previously he has only shown to a select few.