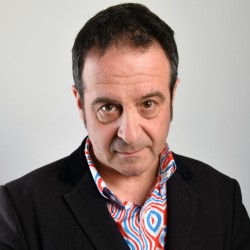 Arguably the UK's most effective and best known political performer, winning awards for his stage shows and human rights campaigning, including the Amnesty International Freedom of Expression Award. A Guinness World Record holder for most demonstrations in one day, he wrote and presented six series of Channel 4's Mark Thomas Comedy Product and five series of BBC Radio 4's The Manifesto. Author of five books on subjects as diverse as the arms trade, Coca-Cola and the West Bank's Israeli Wall, his work has changed the law, kyboshed politicians' careers and been performed across the world.