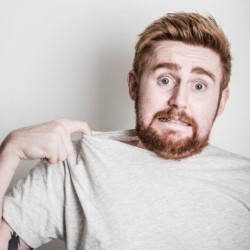 Sequel to 2017's smash-hit sell-out debut about honesty, this one's all about the law of the playground, traveling companions from hell and accidentally fulfilling your teenage bucket list (if you exclude the failed rap career). 'This is proper stand up... excellent!' (BroadwayBaby.com). 'Loads and load of laughs... potential to be a major player in Scottish, if not world comedy' **** (One4Review.co.uk). 'Hugely personable young Scot... very funny... amiable and assured... Gareth Waugh is smart, witty and good company, with a deceptively polished delivery. And that's the truth' (Scotsman). 'Plenty laughs... an early afternoon treat' (List).