"Listed in the comedy section. Not really comedy. About the UK comedy industry."

This sounds like the beginning of a bad review. And in a sense, Tales of the Unacceptable is exactly that. Put together for one night only at Edinburgh Fringe this August, it's a show that reviews - in the light of #MeToo and #TimesUp - the current landscape of our industry.

So far, the reviews are not favourable. Two stars, at best.

So, are we going to do something about it?

In January this year, I got a call from Seymour Mace, a comedian and very good egg, distressed by the nature of the stories he was hearing. Seymour admits that he is not a political activist, but his words to me were "I'm not going to be the guy that, in 3 years' time, when someone finally gets done for rape, just shrugs along with everyone else and says, yes we all knew. I need to do something now. These are not my stories to tell, and I don't know what to do. But I have to do something." 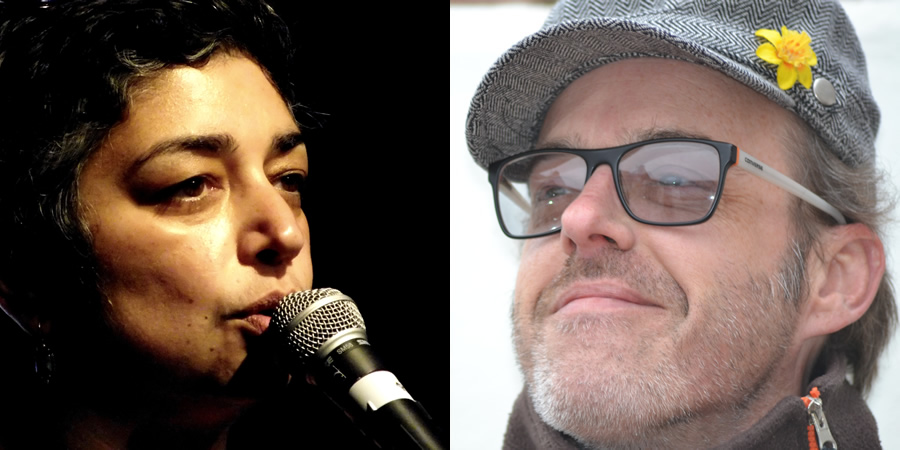 I suggested we pull together some testimonies and create a show that illustrates what is going on. We decided it should be completely confidential, because people's careers and safety were at risk, and also, while people might want to share their testimony, they don't necessarily want to rake everything up again and reignite a conflict they may have already dealt with.

Also, while unmasking the individuals responsible and making them face justice is a good thing to do and hopefully will happen at some point, that was not our focus. We wanted to expose the behaviours themselves, and the acceptance, both covert and overt of those behaviours where we work.

So, off we went. We couldn't settle on what the show should be, so we decided to wait until we had gathered the testimonies to structure it, because we had no real idea of what we would find. My personal journey in comedy has been one of largely touring my solo shows - I very seldom play the circuit, so I myself have never been subjected to any sexism that was overt. In a sense, that was good for the show - I have no axe to grind, so it allows me to be objective; as objective as I, a woman, a member of this battered group, can be.

The rule was that each story must be a first-hand account; something that happened directly to the person telling us their story, or something they witnessed themselves. No second or third hand accounts. No hearsay.

The stories rolled in. I have nothing but admiration and respect for the women who so generously trusted me with their secrets. I am emotionally exhausted from just hearing the constant drip feed of crap they have dealt with, and yet they still managed to keep going, to perform and perfect their craft. It is a continuum that ranges from basics things that women are so used to, they felt petty even bringing it up; introductions on stage that involved exhorting the audience to 'focus on their tits if you don't like the jokes', to refusing sexual advances only to have rumours spread about how the woman was 'difficult to work with', 'overly aggressive', 'trying to use sex to get work' (shades of Weinstein there), all the way to being sexually assaulted, asking for help and being coerced in to keeping quiet about it.

These stories have a familiar ring to them in 2018. I've heard too many of them; to be frank, one story like this is too many, but I have heard so many, it feels like an epidemic. In gathering evidence from women that relates behaviours spanning the last 20 years, it's clear to see that sexism and misogyny are alive and well, and have not really been addressed in any real way in all that time. But in that time, the number of women performing comedy has increased, and in our larger numbers, we are ready to amplify our voices in a way that will be heard, and will generate real change. And here we are, in a moment where the worldwide landscape is changing, and we have a real opportunity to impact our industry in order to elevate it from the tarnish it has gathered to the gold standard it has the potential to be.

The question is whether we can create a culture within our industry that makes misogyny and sexism unacceptable. Doesn't matter if you're 'a bit drunk', 'a bit of a naughty boy', 'just kidding'. Unacceptable. As unacceptable as pissing yourself on the bus. Some people will still do it, but they will be outcasts, not 'cheeky chappies'.

It's important this happens cooperatively. The vast majority of perpetrators are men, but there are a great many male allies as well. Men who have always been brilliant at being human, who have always found it easy and unremarkable to be able to respect women, work with them, view them as equal colleagues, offer them opportunities on the basis of their talent and ability, rather than the size of their breasts or whether or not they can get a quick blow job in the back room of a gig. True story.

We have good reason to be hopeful about our community, though. This Edinburgh Fringe, Gemma Dawes (a native of Melbourne, where the horrific rape and murder of Eurydice Dixon is still fresh in our collective minds) and Maisie Cottingham, both Fringe regulars, have started a FB group called I'll Walk With You so that women can pair up, or group together to walk home after late shows. There are men in the group too, nominated and vouched for by women.

Angela Barnes has set up an account with a taxi firm that will allow women and others from vulnerable groups to take a taxi home - it is currently being funded by personal donations from other comedians - all women at the moment, but anyone can join in. You can email homesafecollective@gmail.com to find out how to contribute, or use the service. Various performers have offered their centrally located flats as safe havens to wait in, for a taxi, a friend to walk with. Sweet Venues has offered both its locations, the Apex on Grassmarket and Novotel on Laurieston Place as safe havens as well.

Look, the miscreants are in the minority - we know that. But somehow we have allowed them to flourish, instead of nipping them in the bud. If you are a promoter, an MC, a performer, a punter; anyone who loves comedy and cares about how and why we make it; you have a stake in this. Come join us at Tales of The Unacceptable, listen to the testimonies, and have your say at the Q&A afterwards.

Let's make the change. Let's do it together.