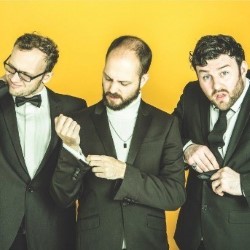 Kings of sketch BEASTS return to Edinburgh for four nights only, to kill their enemies and reclaim their crown. Expect uncompromising stupidity and an hour of their best-ever sketches. Only one problem: they can't agree on what should make it in. Will this be resolved peacefully? Obviously not. Total sell-out 2013/2014/2015. Limited run - book early. 'Hilarious' **** (Telegraph). 'Unforgettably nutty' **** (Times). 'Deliciously demented' **** (Metro).