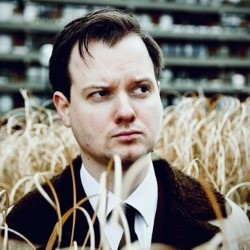 Visionary architect Andy Barr, tasked with designing the ideal socialist city, is dragged into a paranoid nightmare of Cold War intrigue. Andy Barr is a stand-up and member of the Weirdos collective. 'Skilfully written and delivered lines... Barr's comic timing and gestures are impeccable' **** (List). 'Delightful' (Chortle.co.uk). 'He is a funny boy' (Tim Key, Pick of the Fringe 2017). 'One of the best up and coming idiots out there' (John Kearns).