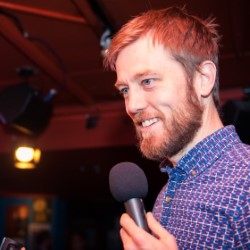 Come on then! (To my show.) You want some? (Comedy.) You wanna go? (Buy a ticket then.) I'll be joking about you, me and this wonderfully odd time to be alive. Alun Cochrane has been doing solo stand-up shows at the Edinburgh Fringe since 2004. He has performed at international comedy festivals, pub gigs and comedy clubs and toured. He's regularly really funny on Frank Skinner's radio show and Just a Minute, and is sometimes on TV shows and panel games including Room 101, Mock the Week and Have I Got News for You. www.aluncochrane.co.uk