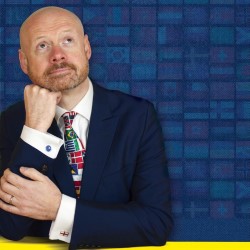 Alistair Barrie headlines comedy clubs all over the world and is a BBC Scotland Breaking the News regular. He has been nominated for Best Show at the Fringe twice and lost both times. This year he is going for the hat-trick. The InternationAL is his eighth solo show, which means five of the others haven't been up to scratch either. 'Properly smart comedy for grown-ups, by a properly smart comic' **** (Scotsman). 'No one does righteous indignation with the same brio as Barrie' (Guardian).