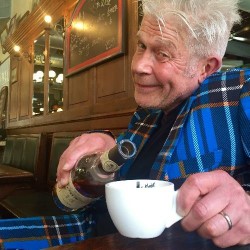 Spend an hour in the company of leading Scottish comedian Vladimir McTavish. Three top Fringe guests daily for laughs, chat and silliness. Vladimir McTavish has performed at the Fringe every year since 1995, although this is his Edinburgh debut hosting a chat show. The show was originally produced at the 2016 Brighton Fringe to great success before touring Australia where it played to record audience numbers at Fringe World Perth and the Adelaide Fringe. 'Affable and abrasive, nothing short of superb' (Scotsman).