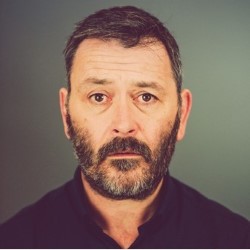 BAFTA Wales-winning comedian Tudur was born in 1967. He is now firmly in the second half of his life, he might even be in the last quarter, for all he knows the next show could be his last. So he's going to make the most of it. Celebrate his 50th year on the planet with Tudur as he returns to the Fringe with a joyous hour of stand-up comedy. 'Riotously funny' **** (TheReviewsHub.com). 'Great material, great variety, very funny and very Welsh' (BBC Wales). As heard on BBC Radio 4.