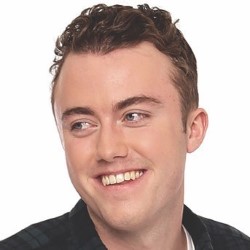 Fresh from supporting Jack Whitehall, Rob Beckett and Shappi Khorsandi on sold-out tours, Tom brings his hotly anticipated debut show to the fringe. Tom is one of the youngest professional comedians working in the UK and in 2016 became the youngest ever winner of the prestigious Leicester Mercury Comedian of the Year award. Come and watch Tom show off for an hour in front of (hopefully) his friends. 'Watch him live and you'll understand the excitement' (Guardian). 'Obvious star quality' (Chortle.co.uk).