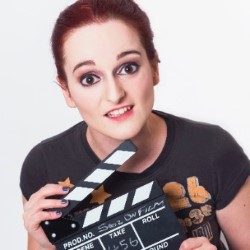 Love films? So, does Sooz Kempner (Musical Comedy Awards Best Newcomer, Funny Women Variety Award winner) in a brand-new stand-up show about how great movies can change your entire life. At 16, Sooz decided she had to win an Oscar, watched Goodfellas, Taxi Driver and Jaws too many times and sent a screenplay to Martin Scorsese. Did she ever win that Oscar? Cinema, self-deprecation and show-stopping songs. 'Fantastically funny... this is a woman who belongs on the stage' **** (Chortle.co.uk). 'Just brilliant... not to be missed' ***** (WestEndWilma.co.uk).