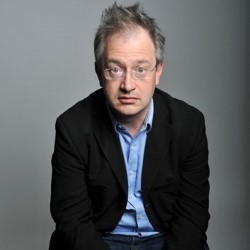 In April 2015, Robin Ince announced that he really had to stop doing stand-up as he was on the cusp of insanity. Audiences disagreed, believing he'd breached that cusp long ago. After spending 18 months touring with Professor Brian Cox and writing his new book, I'm A Joke... and So Are You, he realised it was time to start the trepanning again and returns with a new show. Inspired by Philip K Dick, Kurt Vonnegut and others, expect stories of aggressive kindness, rabies and death. 'Bursting with energy and ideas' **** (Times).