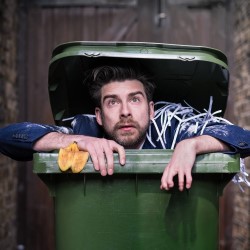 Richard Stott was born lopsided. Poland syndrome, a rare birth defect, caused his left hand, arm and chest to be underdeveloped. He's decided to go out on a limb and do what Jeremy Beadle didn't - a whole show about having a small hand. Recounting life-changing surgery, casting rooms and having an epiphany at Stonehenge, Richard pieces together the story of how he went from feeling wretched to rolling with the hand life dealt him. A theatrical comedy from one of Britain's top Poland Syndrome performers.