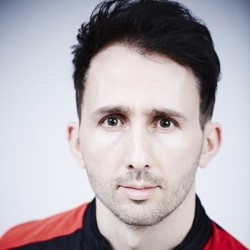 Malcolm Hardee Award nominee and Buxton Fringe Best Show winner (and triple nominee) explores bravery in a volatile world. No gimmicks, no f*cking about, no prisoners. As Roosevelt said: 'it's not the critic who counts, it's the man in the arena'. As Obama said after Trump's win: 'it's time to brush ourselves off and get back in the arena'. 'A great comedian' **** (BroadwayBaby.com). 'The entire second row is pissed... there are only two rows' (Chortle.co.uk). 'The audience loved it... inspired me to liken the comedian to one of the greats' **** (theMumble.net).