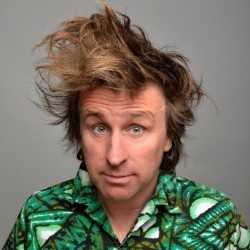 No, really out there and this time he hasn't just forgotten his keys. He's holding up the mirror of truth to society, and he can see right through it, which means its probably just a window. From Mock the Week, Live at the Apollo and multiple series on BBC Radio 4. 'Absurdist one-line masterpieces' (Times), 'The best one-liner merchant in British Comedy' (Chortle.co.uk). Milton will be talking about his life so far - the ups, the downs and why buying his own see-saw was the best decision he ever made.