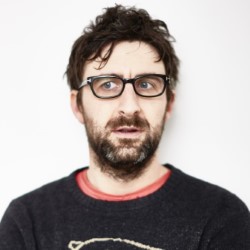 Almost entirely new material from a suitably nervous Mark Watson. This will be one of the first times he's ever done this show. So although there are loads of great quotes underneath this, you shouldn't really pay too much attention to them. Come if you want to see the first inkling of a show emerge from a lot of faffing about. 'Raucously funny set, one of the best this year' ***** (BritishTheatreGuide). 'Skillful, anecdotal stand-up... a step above the norm' **** (Chortle.co.uk). 'A master of low-key happenings and high-end bants' **** (Times).