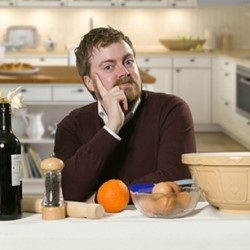 Play starring Kevin Dewsbury and Will Hutchby performed on the following days in August 2017...

'A masterpiece of performance and comedy' (NottsComedyReview.wordpress.com). More culinary television show shenanigans from the hapless but award-winning Kevin Dewsbury and put upon producer Will Hutchby. Can Kevin finally get his career on track and exorcise the demons of the past? It's just a cooking show after all! Plus we may get to find out what has been going on in the world of unlikely Italian chef Michelli Newelli! 'An underground hit!' (HuffingtonPost.co.uk).