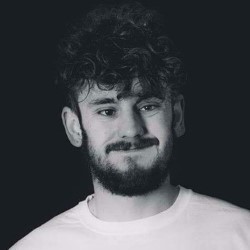 Debut show from current English Comedian of the Year Josh Pugh, who won the much-coveted title after just two years of performing, establishing him as one of the UK's brightest newcomers. Join him for an hour of left-field ideas as he invites us onto a very tame roller coaster ride through his childhood, much-loathed job and journey into showbiz. An hour of surreal autobiographical comedy. Chortle Comedian to Watch 2017. 'A keen comic mind' (BeyondTheJoke.co.uk). 'Pleasingly off the beaten track' (Londonist.com). 'A peculiarly offbeat mind... certain future star' (Chortle.co.uk).