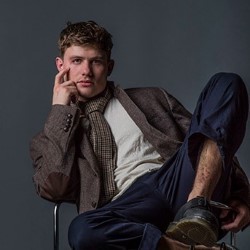 In this much anticipated debut show, Jon Pointing presents Cayden Hunter, an actor who will demonstrate the importance of selflessness and sharing through this (non-participatory) workshop. 'Keenly observed and impeccably performed' **** (Chortle.co.uk). As seen on BBC Three's Pls Like.